SHE LEADS PODCAST S6 E18: Reclaim Yourself and Go Forward with Eleanor Beaton 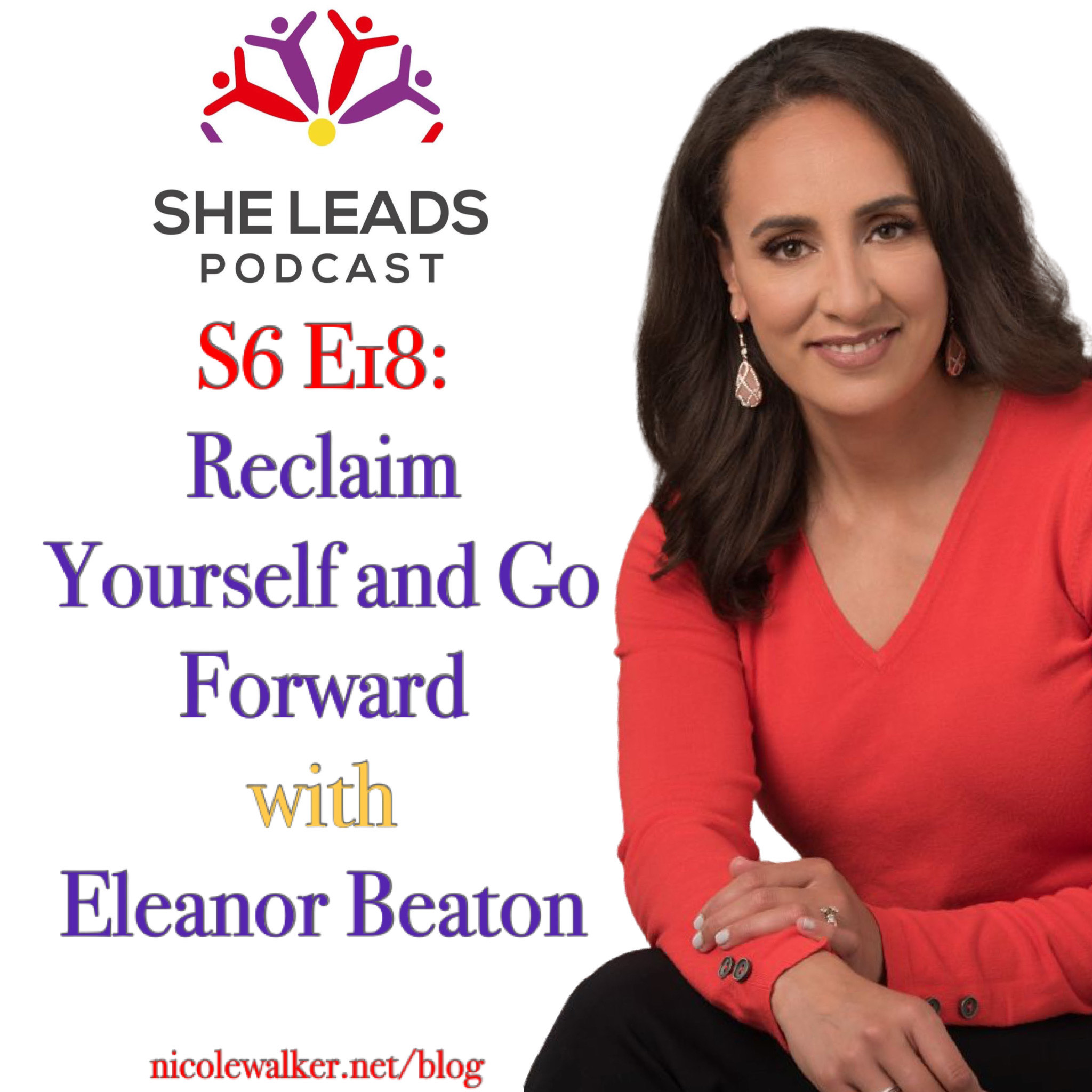 Welcome to She Leads Podcast Season 6, Episode 18! This episode of She Leads Podcast features Eleanor Beaton founder of Fierce Feminine Leadership, which was recently rebranded into Power, Presence, and Position with Eleanor Beaton. Eleanor Beaton is an International Keynote Speaker, Podcaster, and Women’s Leadership Mentor who leads her life like the Boss she is. To hear Eleanor’s leadership journey, check out her interview as she shares her experiences and insight with us!

Eleanor Beaton is a women’s leadership mentor and founder of Fierce Feminine Leadership, an organization that helps ambitious women develop the confidence, presence, political savvy and influence they need to smash the glass ceiling and take their seats at the tables where the big deals and big decisions are made. Eleanor is also an award-winning journalist and host of the Fierce Feminine Leadership podcast. She has served as Chair of the Visiting Women’s Executive Exchange Program at the Yale School of Management. She currently sits on the boards of Innovacorp and Invest Nova Scotia.

Eleanor Beaton was the winner of the 2018 Nova Scotia Export Achievement Award: Business of Diversity Champion of the Year. In 2017, she won the prestigious Profiles in Diversity “Women Worth Watching” Award for her work promoting diversity and inclusion. She was also named Canada’s Leadership Coach of the Year by the 2017 Corporate Excellence Awards.

Eleanor has been privileged to serve some of the country’s most recognized women leaders, including Arlene Dickinson, star of CBC’s hit show Dragon’s Den and former Canadian First Lady Margaret Trudeau.

Check out http://www.messanginglab.com to get assistance with crafting your message to reach the people you were created to reach.

Eleanor was raised with high expectations, her parents had them for her and in turn she had them for herself. Migrating from the Fuji Islands as a young girl to rural Canada, she often felt she did not belong because she was different from the other children. This caused Eleanor to struggle with her identity until she decided to find home and belonging within herself.

Eleanor became aware of an amazing opportunity that would change the course of her life when she was a young teenager, and she went after it like her life depended on it. She believed she could and so she did! Eleanor has shown that if we fearlessly and relentlessly pursue our dreams, then anything is possible. Even if we lose the drive that we innately have as a young person, we can go back and reclaim our lives to create the destiny we deserve.

Over time Eleanor realized she had an issue with people pleasing because she wanted everyone to like her. As a result of this, she spent countless hours trying to figure out how she could please the masses. Unfortunately, this pursuit caused her to get further and further away from her true self, until she realized and accepted that she could not please everyone. Eleanor had to figure out what success meant to her, and be okay with knowing that everyone may not feel the same. By doing this Eleanor regained her power and is now able to show up unapologetically and authentically.

“Be Empowered and Empower On” –Nicole Walker